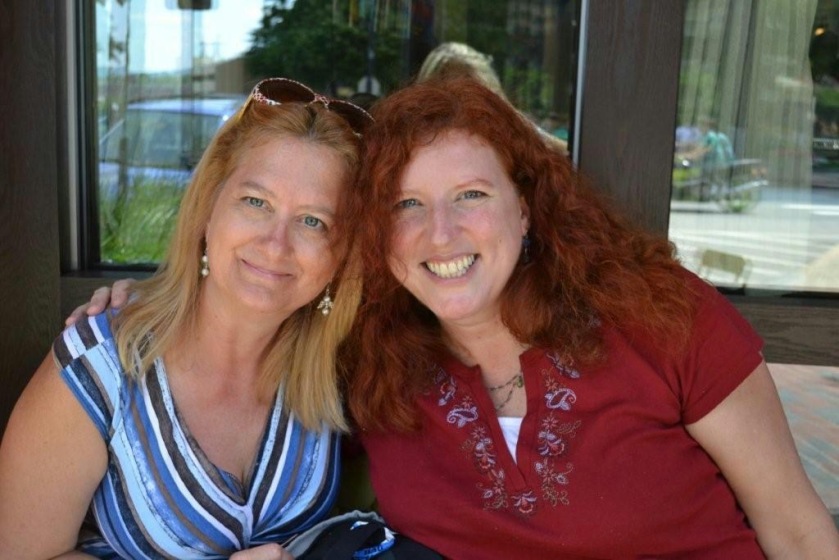 In the late 1960’s while living in The Phillipines I was introduced to 2 of the most positive influences in my life.
The Sound of Music and Deede.     The Sound of Music influenced my love of music and theater while Deede taught me how to be a friend.           We had what I considered the perfect, magical childhood, filled with games, imaginary friends, laughter, and of course our favorite thing, acting out every scene in the Sound of Music for anyone who would watch.
When our fathers tours of duty ended we moved to separate parts of the world, but kept in touch for years via mail. Sadly with all of our combined moves we lost touch just before high school.       But she was that friend I could never forget.
One evening I was checking my email and there was a message that my brother had forwarded to me, Deede had found him on the Clark AFB website and asked if he remembered her.       Immediately we started emailing, catching up on the last 40 years of our lives, and making plans for a reunion in New England the following summer.
I was so nervous about meeting in person, what if we had nothing in common and our reunion was awkward filled with a few nostalgic memories, ending with lame excuses of how nice it was to see one another,  with a plastic promise to keep in touch. (Meaning we would send one another generic Christmas cards for a few years before losing touch again.)

Nothing could have been further from the truth. The adult Deede was even more fun and magical then the child Deede. She saw the world through bright, positive eyes. She is one of those people you love to be around, because her world is one that’s filled with infectious joy!     We talked until late into the evening,  it was as if I found a missing part of my soul and we reconnected immediately.
The next day, I went to hear her sing at Roslindale Market, and met her friends, who were all as welcoming and friendly as Deede. That was 4 years ago, we have remained in touch since then. Each year when I visit New England we make time to meet, even if it’s only for dinner. Our husbands get along and my children love her.
I love the grown up Deede just as much if not more then the child Deede.

I have been so fortunate in my life to have so many wonderful, treasured friends, all who have touched my life and made me a better person thanks to who they are.   But I don’t think any of of those friendships could have been possible if it had not been for that magical first childhood friendship with Deede who taught me as a child as well as an adult just how precious the gift of a friend is.