Everyone is talking about Pokemon Go, some good but a lot of poke-bashing which surprises me.
We all complained when our children became hooked on TV, then chained indoors to controllers and joy sticks. Mesmerized by video screens playing computer generated games, where their only interaction with other humans was the voice on their headsets from fellow “gamers”.
So along comes a game that not only encouraged children and adults to get outside but also encourages them to communicate with other people, in person!
I have stopped and talked with several people out on Pokemon hunts about what they were finding and they were excited to share with me their most recent catches. In front of my hotel last night there was a large group of young people all talking and laughing with music playing in the background. This group that earlier had been strangers had come together drawn by the Pokemon lure in what appeared to be a mini Pokemon Woodstock.
Come on guys, this is actually a great thing in my opinion, in a world of non personal text messaging and never leave the house mentality I love to see people outside talking to one another. Okay maybe it’s not perfect but it’s a step in the right direction. I personally would like to that those who invented this game for getting the world talking again and exploring the outdoors again, even if it for virtual imaginary characters! 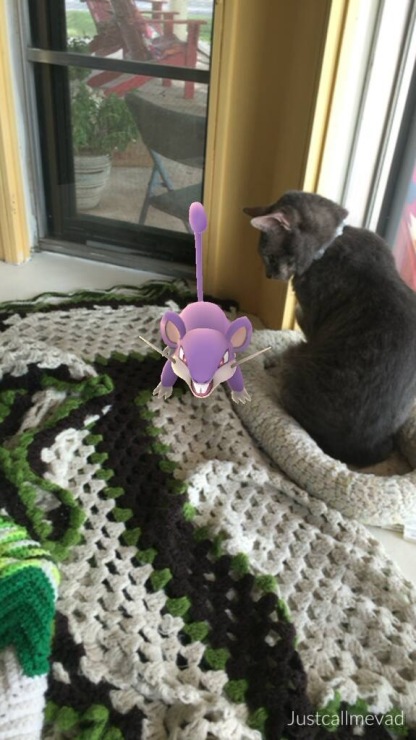 One thought on “Peace Love & Pokimania”